“Korey, whatever you do, listen to me, do not go to Towson. Towson Debate is a sinking ship and it’s going under fast.”

As I reflect on these words spoken to me by mentor and friend, directly preceding my college decision, I think now more than ever, that I indeed should have listened.

One National Championship, 2 Congressional Resolutions, and a First Round Bid to the National Debate Tournament later, I believe that indeed should have chosen another school.

I hate how this University has treated our team.

I hate how this University pretends to not have significant racial undertones of discrimination.

I hate how this University pretends my Black life doesn’t matter.

I hate how rigid this University’s administration is.

_______
When I first got to Towson Debate, from the onset I could tell that I was stepping onto a modern day slave ship. As a member of the nationally competitive policy debate team, I received a scholarship, a $15,000 scholarship to be exact, to debate at various different tournaments. Just like slaves, we were worked to the limit for every damn penny that we received. Late nights, sexual advances made on behalf of the coaches, harassment, and constant threats made by Stephen Davis (the then Head Debate Coach) and his wife, Jennifer Potter (then Director of Debate). I remember days where we would cry to Jennifer Potter, then director of debate, about how we were being harassed by her husband (the Debate Coach), how we wanted new coaching staff, how we were being sexually harassed, and she did nothing. Even after reporting it to the administration and providing evidence which entailed emails and text conversations, we were still met with force by the university. Despite the fact that the entire Communications Department at Towson University knew and allowed for Jennifer Potter to violate university nepotism policy as well as participate in active neglect of her program. Yet, we were the ones that had to fight for our program.

Are the ones that have had to fight for our program.

This article is not about the personally injustices and wrongs that I have suffered at the hands of Towson Debate. While the number grows daily at an exponential rate, I am not here to discuss that. This article is more about how as an institution Towson has been racist to the highest degree since the debate team became a safe space for Brown and Black students, a space where we could and have been excelling.

Towson’s team was largely white for a very long number of years; during those years there was never any threat to the funding or travelling of the team. It was also not competitive in any way, shape or form.

However around 2005, there was a large funneling of African-American debaters from the Baltimore Urban Debate League into Towson University. With the influx of Black students came the influx of hate and racism and disdain the University has had for the team on an institutional level.
In 2008, Dayvon Love and Deven Cooper were the first team of Black men to ever win a National Debate Championship. However, upon winning the CEDA Championship title, the next year Towson University cut the debate team. It took for the Governor to personally call Towson out on a nonsensical decision for the university to reverse the decision.

When Fernando Kirkman and Ben Crossan, two of the most brilliant debate minds in the country, were in their senior year of college and were given a first round bid to the NDT (which signifies that a team is one of the top 16 teams in the country) they were forced to once again fight for the program when it was threatened by the administration.

In 2013, when I along with 3 other students reported Jennifer Potter and Stephen Davis for harassment and violation of university nepotism policy, we again were forced to fight for our program.

Now, here we sit. 2 National Championships, 1 historic CEDA win in 2014 and another directly following with a CEDA win in 2015, 4 Congressional Resolutions, and various different accomplishments later, and we are still fighting for our program. For literally no reason.

The Reasons they have cut travel:

While all of that may sound credible in the abstract, it makes no sense. So as a debater, I feel the need to do a line-by-line and explain why each of these does not make sense.

Personally, I think the University is using this as an opportunity to Backlash against students for challenging the institution very publicly over the last few years. With various different initiatives such as,

-The on campus protest which turned into a city wide campus protest that was led by 2 Towson students, one being me whom is an active member of the debate team.

-Speaking out about Jennifer Potter and Stephen Davis harassing us. I think it’s also important to note that Jennifer Potter, even after being removed from the team (while still a professor at Towson) was still being consulted by the University about official team business and making decisions on behalf of the team

-Our affiliation with Towson debate alumni such as Dayvon Love, Adam Jackson and Deverick Murray that have actively and openly spoken out against the debate program at Towson. They even wrote an article in defense of our program, warning other Black and Brown students not to attend the University for the debate program.

Towson has done everything in its might to stop the prosperity of Black and Brown children in this activity. Specifically, students that have signed contracts with the University. When I committed to Towson, I signed a contract that stated that I must keep my GPA above a 2.5, I must attend practice, and I must go to tournaments to receive my scholarship, in response to my completion of these requirements Towson in turn promised to send me to at least 4 tournaments a semester (I will attach this contract in a future post). The University has fallen short on this contractual agreement. Furthermore, this is the third time in my three years of being on this team that despite winning National Championships back to back and making history for our University, we as students have to fight, tooth and nail, for the saving of our program.

We were told exactly 3 weeks before the first tournament of the year that we would not be able to compete, when this decision had been made months prior. Why? Because Towson wanted to maintain the element of surprise, so that the students on the team would have little to no time to respond. None of the members on the debate team were even consulted on the subject matter.

Towson has been trying to get rid of the smart Black kids for a while now.

Nor will it ever be new…

But a question for all the rational thinkers…

Why is it that Jennifer Potter can violate various university policies but get tenure while Black Professors, that are very knowledgeable and are appreciated, such as Tara Bynum and John Bullock do not get tenure.

It is because Towson University is institutionally racist.

Why is it that Jennifer Potter can keep her job despite violating university policy but we have to fight tooth and nail for a nationally ranked and competitive debate program that has won championship titles back-to-back and receiving national recognition from Congress?

It is because Towson University is institutionally racist.

Well guess what Towson…we too are tired of you.

We too are tired of you.

And to the other Black programs, let this be a message to you, they are coming for you too. They will pick us off one by one.

Is afraid of intelligent Black kids with a purpose,

And absolutely nothing to lose.

Once they find out you can “read”,

Once they find out you are an “intelligent negro”

They must eradicate you from the premises.

I am fully in support of letting this program die.

It deserves to die.

It is nothing more than organized chattel slavery.

It is nothing more than a way that structural racism can thrive.

Do not send your Black and Brown children here.

They will use you, get all of the accolades and take all the credit, keep your trophies (yes they do have our trophies sitting on display in the Media Center), and then throw you away.

I will no longer fight for the life of this program

Especially when it has done everything to take the life from me.

I will no longer fight for the life of this program

When this institution does not even fight for the life of this program.

Some people reading this will say, “this has nothing to do with race”.

News flash it does.

Our Black lives do not matter

They never did and never will.

Do not come to Towson.

They will lure you here…

To chain up your feet and neck…

Flog you to death

And then lynch your lifeless body.

I am a National Debate Champion

I am an activist.

I am a leader.

Yet here I am.

5 thoughts on “Towson Debate: Welcome to the Slaveship” 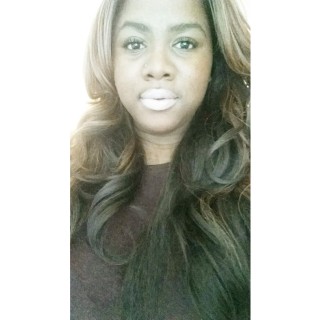